If you were savvy enough to pre-order the Deluxe Edition, you'll be enjoying hands-on with the game's innovative run and gun combat, 1:1 grabbable cover system, and intuitive no-rails movement FROM TODAY! You can still be one of the first to play the game if you purchase the Deluxe Edition up until general release on Friday. 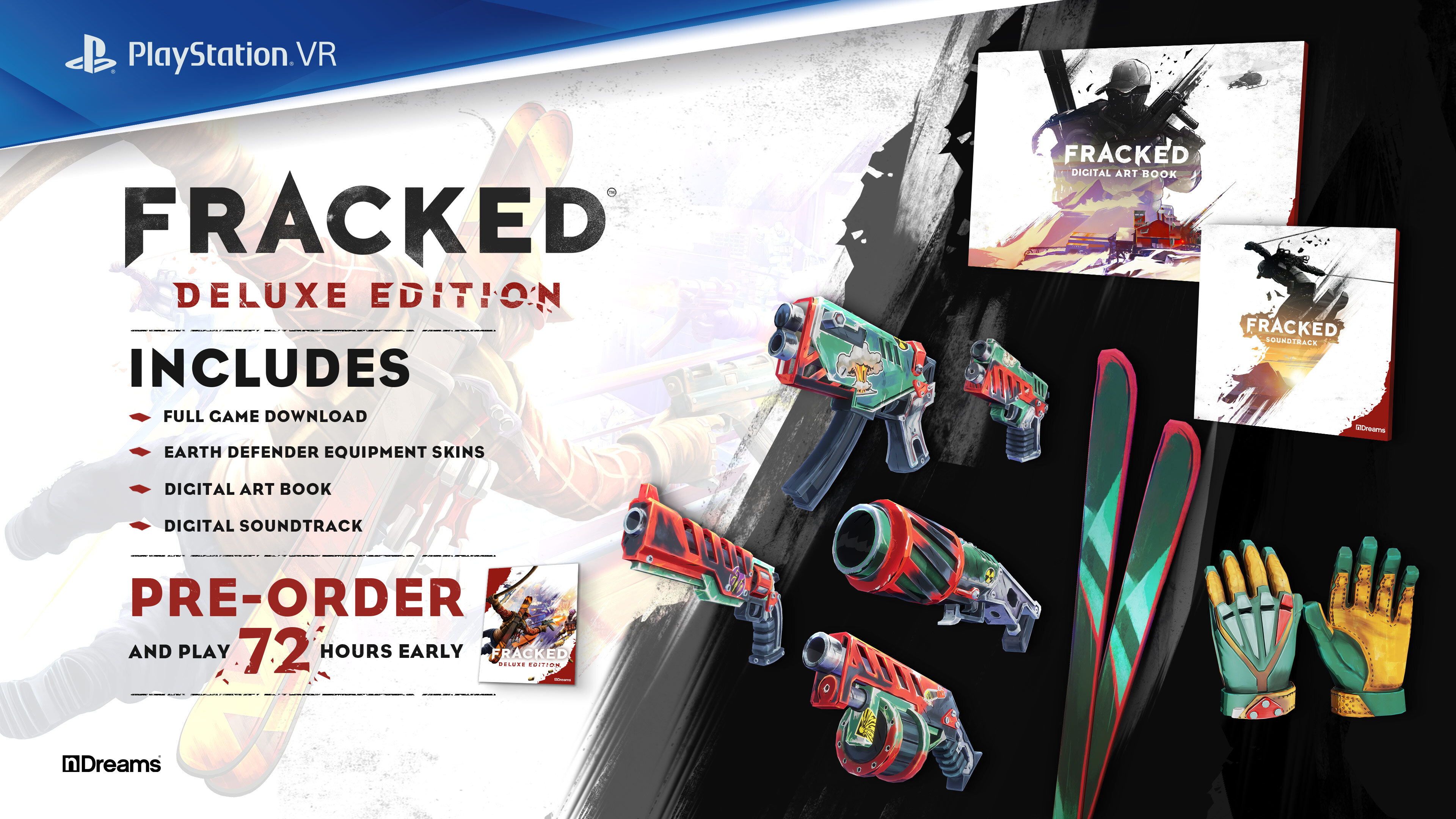 The Deluxe Edition of Fracked contains the game, exclusive Earth Defender equipment skins, a digital artbook, and digital soundtrack for $34.99 / €29.99 / £24.99.