Pick up the game on Steam: https://store.steampowered.com/app/1873920/Fracked/

Fracked, the trailblazing and critically acclaimed VR action-adventure game, is now available across PC VR platforms (Viveport, Steam, and the Rift Store). The game is also available to all Viveport Infinity subscribers from today!

Fracked is natively compatible with HTC Vive Pro, Valve Index, and Rift S headsets, while Meta Quest and Meta Quest 2 owners can get involved in the action via the Oculus Link Cable or Air Link system.

Fracked’s innovative VR gunplay blends improvised run and gun combat with a grabbable cover system, allowing you to move freely around the battlefield to outflank, outsmart, and outgun the enemy. The game also features free and intuitive no-rails movement on foot, on skis, and whilst climbing.

“Fracked allowed us to push action-adventure gameplay in VR to new limits and let players live out their dream as an action hero,” said David Corless, VP of Publishing at nDreams. “We hope PC VR players enjoy the thrill of throwing themselves into Fracked’s exhilarating and intuitive 1:1 gameplay.” 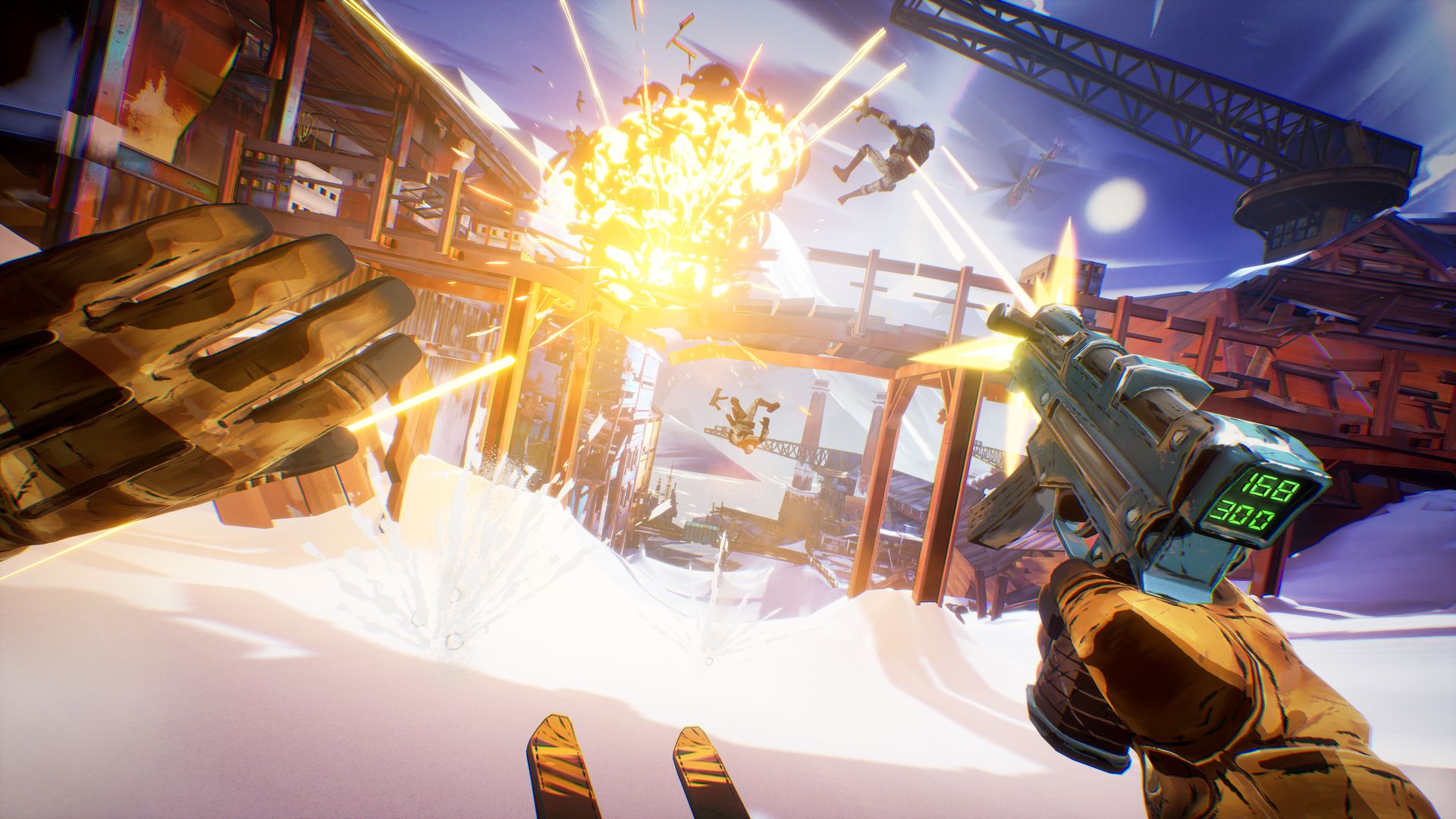 In Fracked, you play a reluctant hero, stuck deep inside a remote mountain facility and forced into a final stand between the planet and the ‘Fracked’ - an army of gun-wielding, interdimensional enemies. There’s no room here for subtlety and stealth, this is bold, brash, and explosive action! Alone. On the edge. Really fracked off. Humanity’s survival is in your gloved hands!

Originally released for PlayStation VR last summer, Fracked earned lots of praise from reviewers and critics, with the game featured in multiple ‘Best of 2021’ lists. We’re so excited for more players to get in on the action! We hope you enjoy your time on the slopes. Be sure to pick up the game here:

Follow us on social media for further updates! You can also join our community Discord server to connect with our team and our players from around the world.

Fracked is the trailblazing new VR action-adventure game from nDreams, the creators of the ground-breaking Phantom: Covert Ops. Seamlessly combining relentless “run and cover” gunfights with free and ...