Everyone from top comedians to the LAPD had a great time trying Phantom out for the first time! We also had the pleasure of showing Phantom off to more journalists than you can shake a paddle at and, to put it lightly, there’s been a lot of discussion coming out of those play sessions.

Here’s a roundup of some of the coverage that we’ve seen coming out of the event.

DualShockers were amongst some of the first journalists to get their hands-on Phantom at E3. Their first impressions of the game’s demo, shows they had a really great time with it! They were particularly impressed with Phantom’s stealth gameplay design, saying “What I loved about this game wasn’t just the stealth, it was about how thoughtful the stealth was and how there was usually multiple ways to sneak through an area”.

DualShockers also awarded Phantom their “Best VR/AR Game” award at the show! Which is awesome. 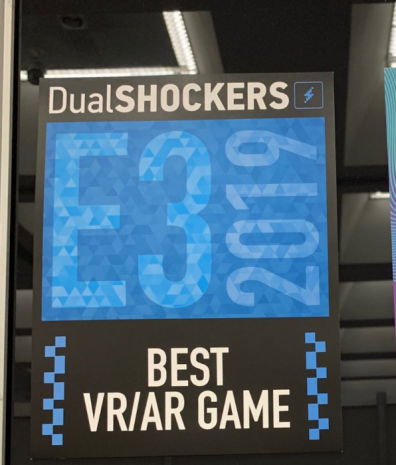 Phantom is “The most intense history lesson” that TheGamer.com has ever had!

Whilst we’ve never tried to be educational with the game, TheGamer.com’s hands-on experience with Phantom: Covert Ops goes to show that you learn something new every day! They were intrigued by Phantom’s military kayak and how grounded in reality the whole idea for the game is. 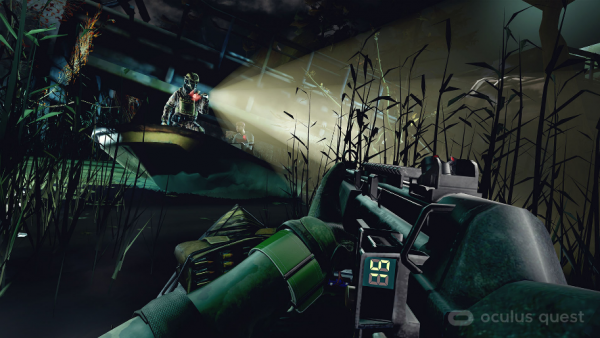 Polygon were impressed with the “one-to-one movements” that Phantom’s kayaking allows.

Phantom is a game designed to be played from a seated position – stand-up kayaking isn’t really a thing (that’s SUP boarding) – and this is something that Polygon really enjoyed about the game; “Phantom: Covert Ops keeps me seated as I play — remember: I’m in a kayak — letting me look around at the flooded military base I’m infiltrating and allowing me to concentrate on the game’s controls”. They also commented on how we “cleverly designed to adapt an existing game genre to virtual reality, while taking advantage of the immersive qualities of VR, where the fear of being spotted by enemy soldiers is drastically heightened." 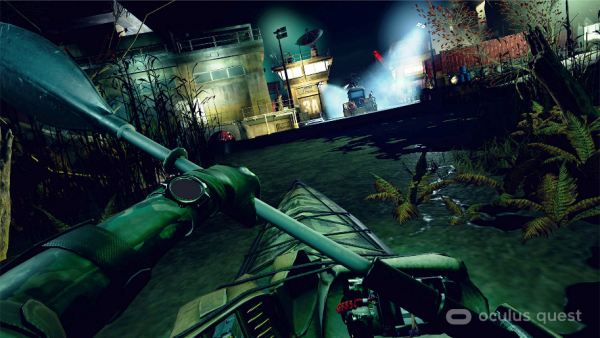 GiantBomb were blown away with Phantom's tactical kayak action!

The GiantBomb crew got their hands on Phantom at E3 Judges Week, and absolutely loved the Kayak-stealth gameplay. Jeff Gertsmann says that “The kayaking feels fantastic!” and that the game experience works so well that it’s definitely not one to miss. We, of course, totally agree!

They also coined the term "Tac-Yak", which might just be our new favourite thing. 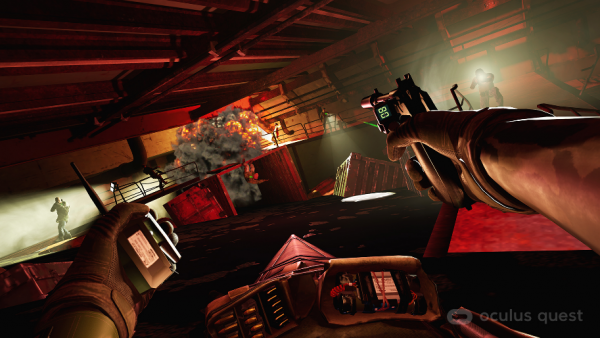 Geoff Keighley “worked up a bit of a sweat” playing Phantom on the Quest!

Phantom is definitely not a fitness game, but it does get those arms moving! The one-to-one controls that Phantom’s kayak utilises will make you paddle, snipe and use your environment exactly as you would expect to in the real world.

Geoff Keighley had a fun time trying to figure out how to do it on the YouTube E3 Livestream and absolutely loved the experience on the Oculus Quest headset! 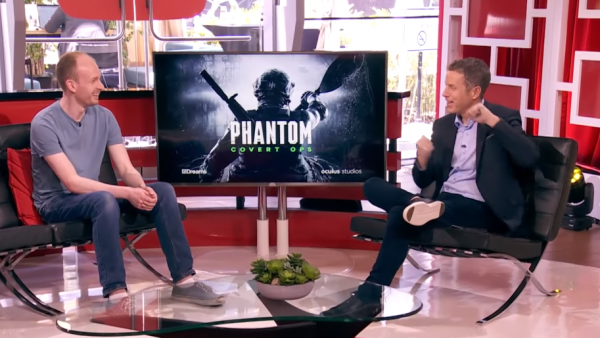 Phantom is the Best VR Game of The Show according to ShackNews!

Phantom, at its core, is a stealth game. Of course, you can always pick off your enemies one by one with your weapons, but that limited ammo supply will always catch up to you…
ShackNews found this out the hard way in their E3 demo. Their preferred tactic of hang back and snipe at enemies” could only work for so long...

But they were clearly impressed with what they played, because they awarded Phantom their “Best VR Game Of The Show” award! 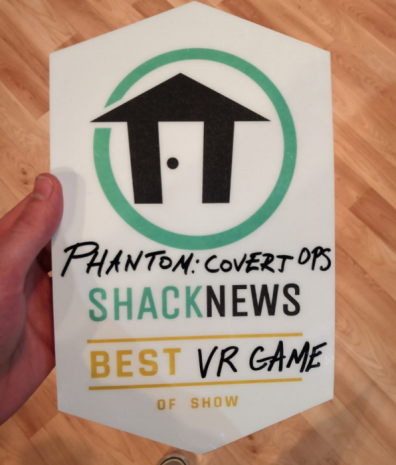 We certainly seem to have made a big splash at E3 with Phantom: Covert Ops (pun intended!), netting us 7 nominations and awards from the event – hopefully with more to follow over the coming weeks! Thanks again to the truly great team here in the UK and our awesome partners at Oculus Studios for making this all possible. 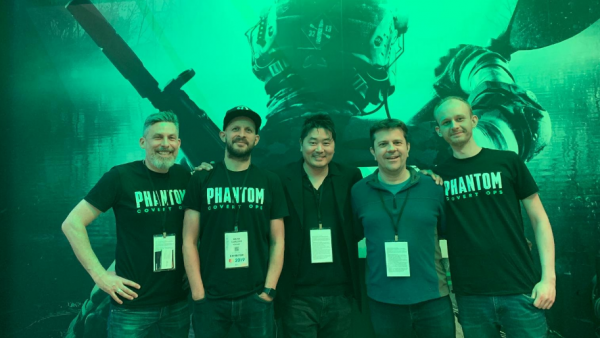