I wish initiatives like the nDreams Academy and  Into Games had existed over ten years ago. I always knew I wanted to work in games but left High School without any practical advice of how to make that happen. I wrote it off as a pipe dream, opportunities like that weren’t for people like me.

As a safety net, I decided learning a trade was probably the best thing I could do. The plan was to learn a skill that would always be in demand (just in case) and then pursue what I really wanted to do. Before I knew it, six years had gone by and I was a miserable (and woefully underpaid) Vehicle Technician. 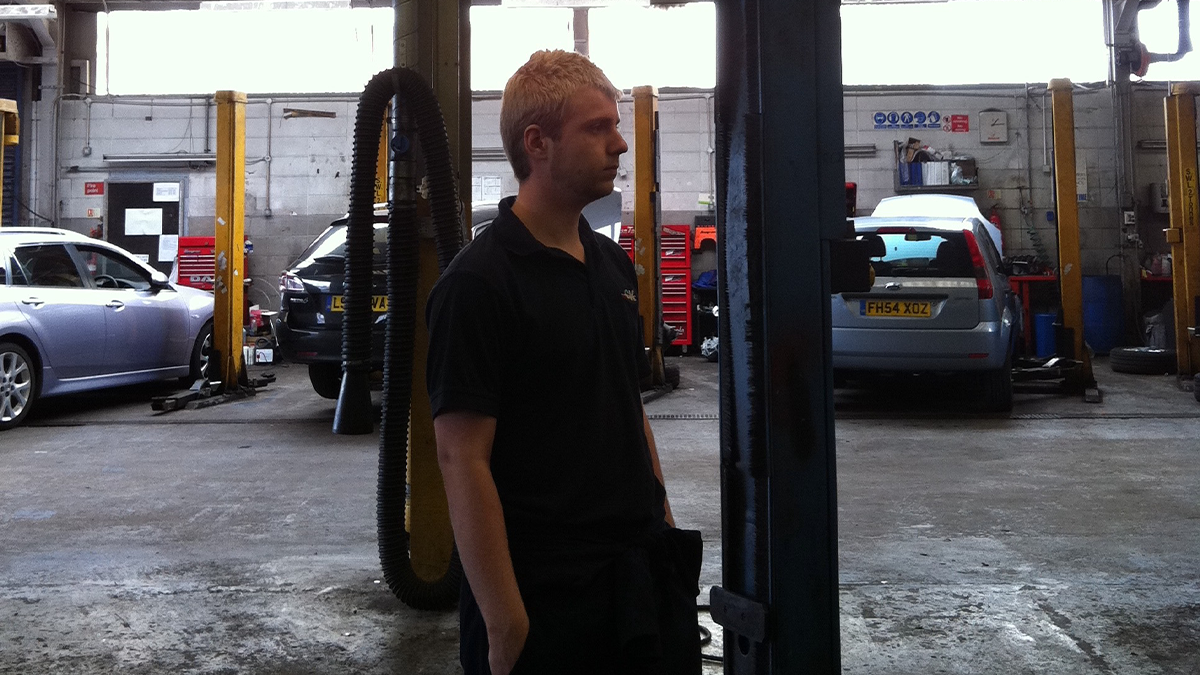 I already stuck out in the often overbearingly masculine world of the motor trade. I wasn’t, in their words, a ‘man’s man’ or ‘one of the lads,’ and bullying in the workplace was regularly promoted by management as ‘character building.’ More than once, disagreements between co-workers ended up coming to physical blows, in the middle of a busy high street dealership for a well-known manufacturer.

Looking back, I’m surprised I lasted as long as I did. As a slightly timid 17-year-old, I already had an inkling I wasn’t entirely straight. Due to workplace toxicity, I buried that part of me deep down. They clearly didn’t need further ammunition to use against me. The fear of discovery even influenced what I wore, especially after an incident where I was lampooned for wearing a loud flowery shirt because it signalled that I was “probably a homo.”

It’s something I didn’t really begin to unpack until the last five years or so. I’m still not entirely sure of where I’m at, and I don’t overly like labels, but pansexual is probably the best fit for me. This throws up its own issues of not being “gay enough” for some, especially when you couple that with the fact I’m happier than I’ve ever been with my amazing girlfriend (as we expect our first child), but we’ll not dwell on having to justify sexual orientation – because you shouldn’t have to. 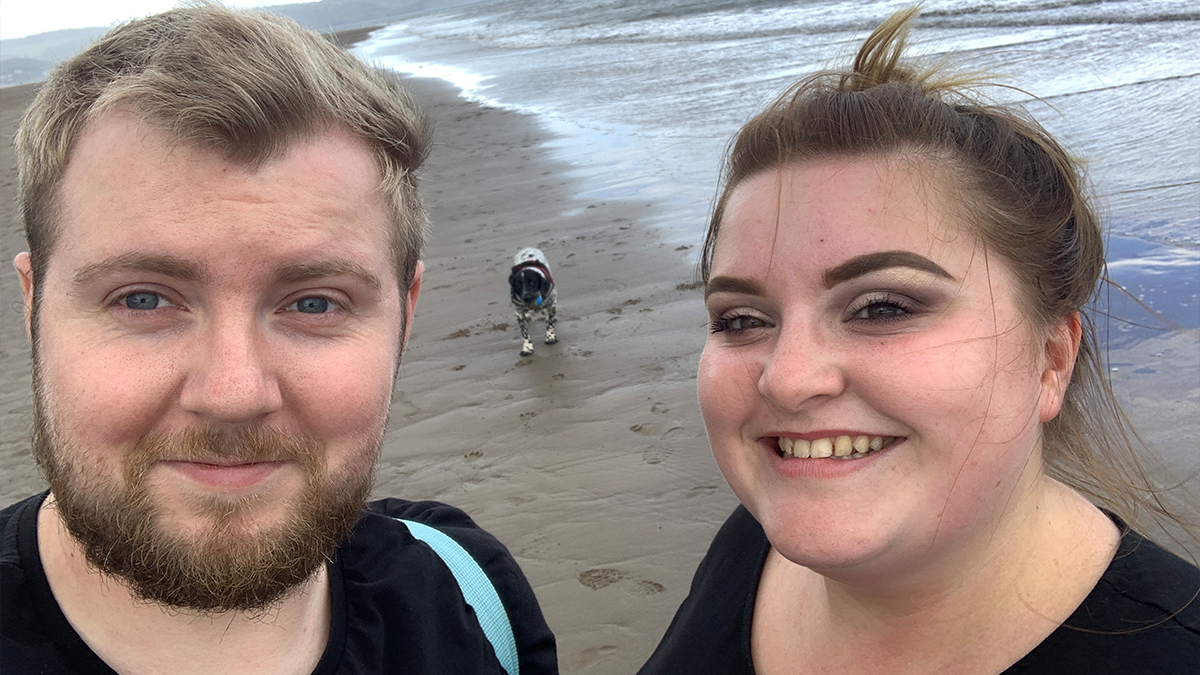 As I started to make inroads into the games industry, thanks to freelance games journalism at outlets such as Switch Player and DualShockers, I began to feel more comfortable in who I was and what I was able to say. Inclusion and diversity were beginning to be actively championed and different was starting to be embraced publicly.

By this time, I’d landed a content marketing position at a well-known games industry recruiter, working alongside studios to help them promote their brand, vacancies, and culture. Around a year and a half ago, I attended a local industry event with them and got to listen to a talk from Dr Mark Taylor, who was discussing the recent UK Games Industry Census he’d written in collaboration with Ukie. The figure that stood out to me, other than the fact the industry needed to do better when it came to the workplace diversity of gender and ethnicity, was that 21% of people working in games were LGBTQ+. This was another world entirely from the one I knew in the early days of my working life. I was home. 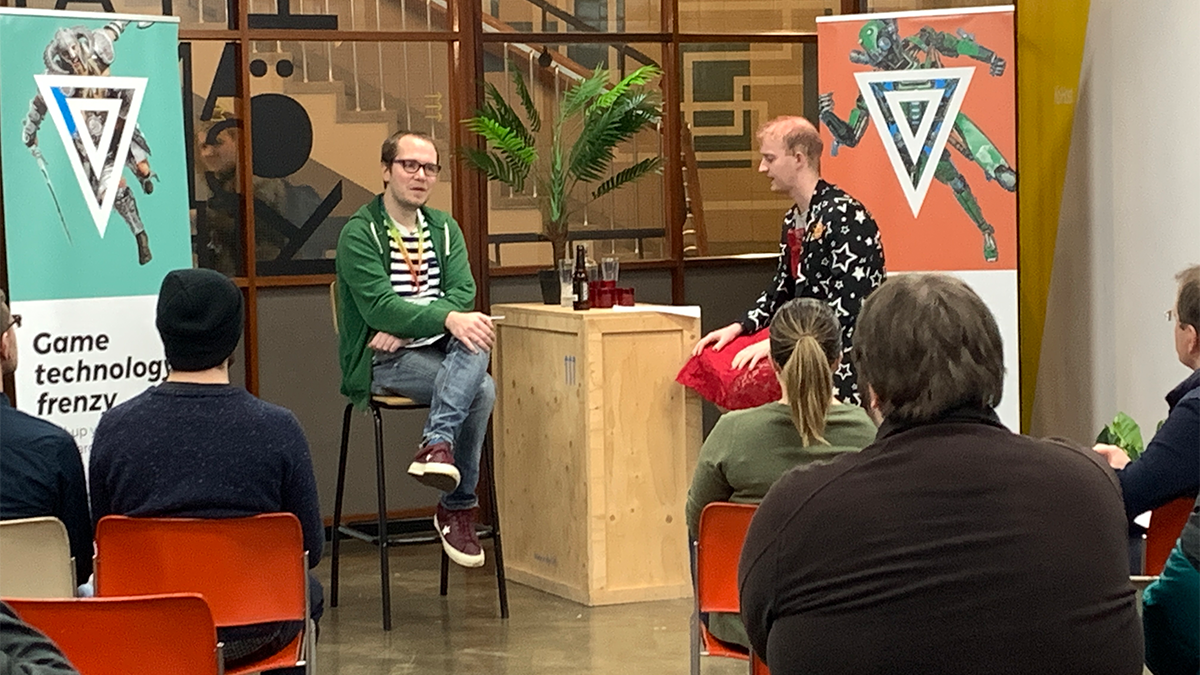 Once Ukie announced the #RaiseTheGame pledge, I internally pushed for my employer to support this publicly, outing myself for the first time and owning the diversity and inclusion outreach work we’d be doing. As an industry recruiter, we were uniquely placed to help shape the studio workforce of the future. After a year of work, culminating in a partnership with Industry Gayming, my experience was used as a pull quote in the One Year On report from Ukie (which is more validating than I can put into words).

Since then, I’ve had the incredibly good fortune to develop my marketing and community skills, having recently joined the nDreams family. I’m in an amazing position that I wouldn’t have even thought possible in my youth. nDreams is a studio I have followed for a number of years, and their positive workplace culture (as well as their genre-defining titles) was one of the main reasons I pursued a position here. 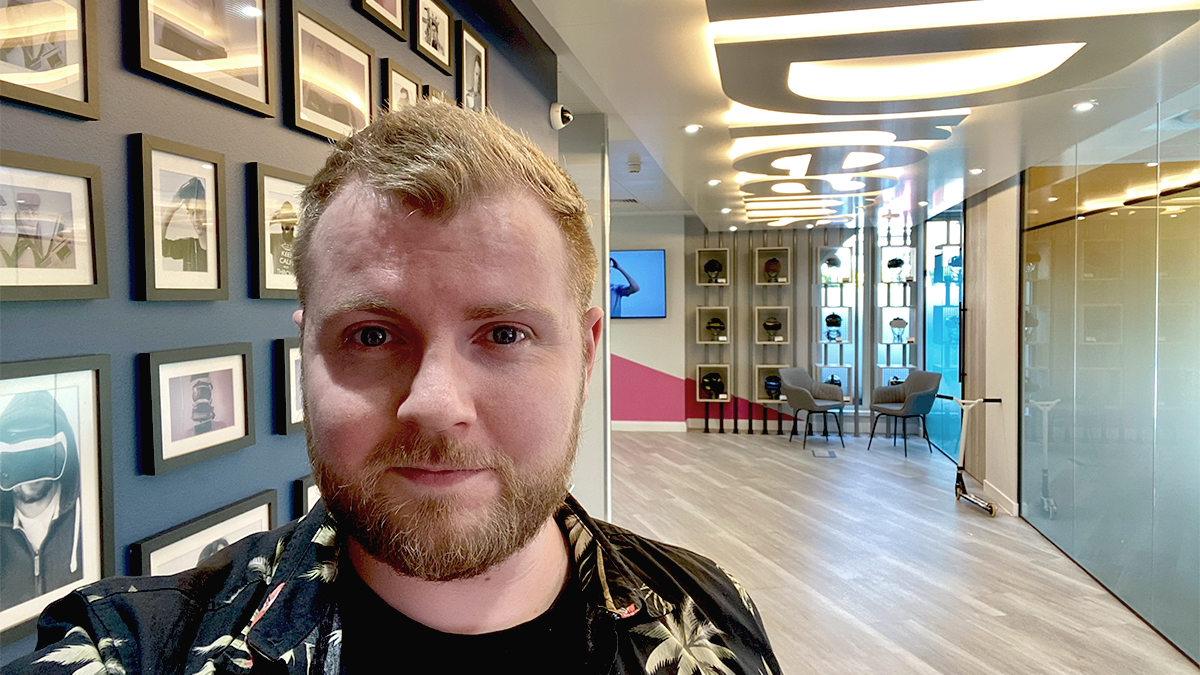 From my first day, that aura of inclusion and mental wellness has been at the forefront of my experience. I’ve been able to join regular D&I meetings conducted internally, and that drive for industry betterment really does ripple throughout the whole studio as one of their core pillars. I’m finally at a point in my life where I can speak with openness and know that my colleagues won’t use what I say against me.

This “probable homo” is thriving, and it is so refreshing to be in a socially conscious industry. Although I know there’s still lots of work to be done on this front, as well as ensuring games careers are more accessible; please don’t send me back!

Every year, nDreams donates to an LGBTQ+ charity. This year, we've chosen to support Mermaids, a UK charity supporting transgender kids, young people, and their families since 1995.

We say a hearty hello to the newest members of our team, as well as celebrate a number of well-deserved internal promotions.

This week is Mental Health Awareness Week, and the theme is Nature. When I look back over the past year, I can see why this has been chosen as the theme. Nature has been my saviour over lockdown.

We celebrate the new members of our team who have joined the nDreams family since March.

Following its soft launch during Games Careers Week, we’ve been hard at work in the background getting our official Discord server ready for a wider public release! That day is today.

We’d like to take the time to say our final farewell to PlayStation Home and a big thank you to all the PS Home users who have supported us over the past six years.