First things first, Phantom on Oculus Quest and Rift are identical in the most important area, gameplay! The entire game – from narrative and missions to weapons and interactions – are all present and play the same way on all Oculus headsets.

This includes new gadgets and weapons that we’ve included in this gameplay trailer – including the Viewfinder – a high tech piece of night vision equipment that will help you to identify threats and opportunities. It’s all there! We want everyone, regardless of their headset, to have the complete Phantom experience. 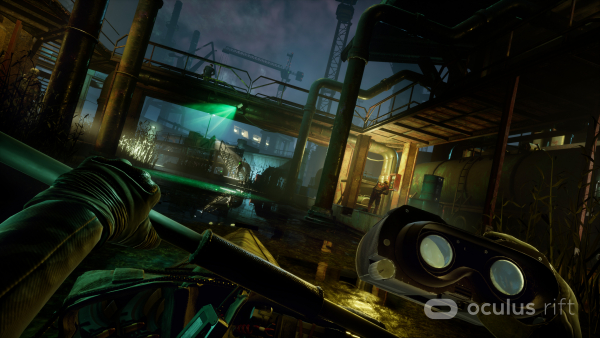 When it comes to visuals, we felt it would be rude not to make the most out of each of the headset’s unique strengths. Whilst we’re delighted with how the game looks on Quest, the additional power of the PC naturally allows for a visually enhanced take on the same locations.  Check out the all-new Docks environment in the screenshots below… 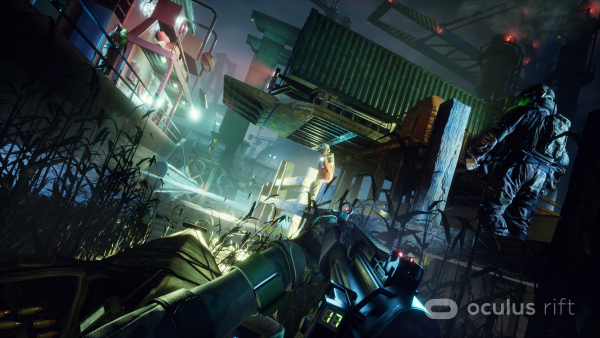 So what’s changed? Our Art Director Glenn explains below…

- Realtime Reflections – The water reflects events happening above the water in a way that has literally never been seen before in virtual reality. How you ask? Magic! 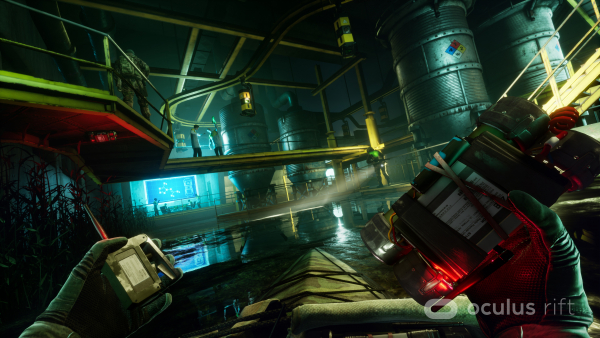 - Water Dynamics – Expanded directional manipulation of the water with your paddle (or to put it simply: you can splash about and it’ll make ripples!)

- Improved Atmospherics – The combination of volumetric fog and dynamic lighting creates hugely atmospheric night-time aesthetic, allowing you to pass through crepuscular rays in full cinematic fashion (Google it… we had to!) 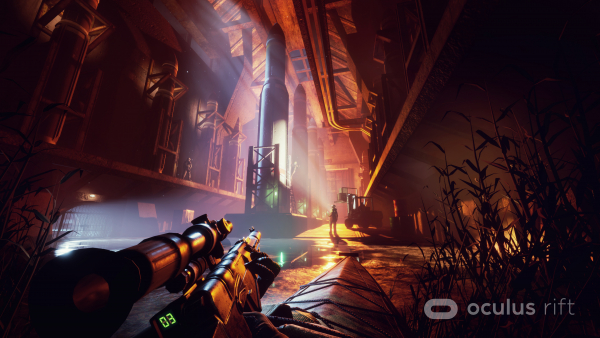 - Higher Resolution Materials – From the environment to the gloves on your hands, a full PBR shader model is employed to increase fidelity and rendering on every surface.

- Optimised for Each Headset – Did you know that the Rift and Quest screens show the same content in different ways? We have adjusted colour profiles, lighting and the dynamic range between lights and darks to make a consistently stealthy experience on all headsets. 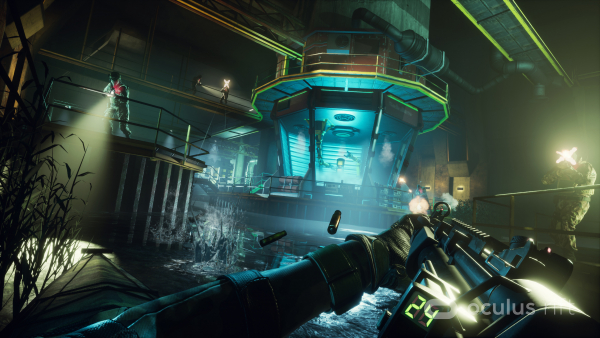 - Explosions – Because everyone loves a pretty explosion.

What’s more, players will be able to enjoy both versions as they choose. Yes, we’re delighted to confirm we’ll support Cross-Buy on the Oculus Store! So, whether you’re lucky enough to have both headsets, or want to try out the newly announced Oculus Link feature for yourself, Phantom will only ever need to be a single purchase.

In a series of three videos, team members have been revealing some new information about the development of Phantom: Covert Ops.