As the development powerhouse behind all nDreams titles to date – from Shooty Fruity and Phantom: Covert Ops, to Fracked, Far Cry VR, and the upcoming Ghostbusters VR – nDreams Studio needs little introduction in the world of VR game development.

Led by Studio Head, James Shepherd, an experienced gaming and creative visionary with decades of experience across the likes of PlayStation, Xbox, and LEGO, an ambition that runs throughout nDreams Studio is to create innovative VR games that define the medium.

"We want to develop amazing people to develop incredible, innovative games that change the fabric of VR gaming,” James summarises. “nDreams Studio is all about the VR play experience, and we’re working to push these boundaries to offer something truly unique. The goal is to make VR titles that define the medium. Games that when players think about what VR is and can be, they say our name.”

Having committed fully to VR game development in 2013, dedication to this mission has not wavered in almost a decade. What has changed, however, is that the team at nDreams Studio is now bigger – and its projects more ambitious – than at any point in its history.

With the massive growth of the nDreams Studio’s development team, which now includes more than 90 people, there is exciting potential for multiple projects in simultaneous development – not to mention an avowed emphasis on the variety of experiences. 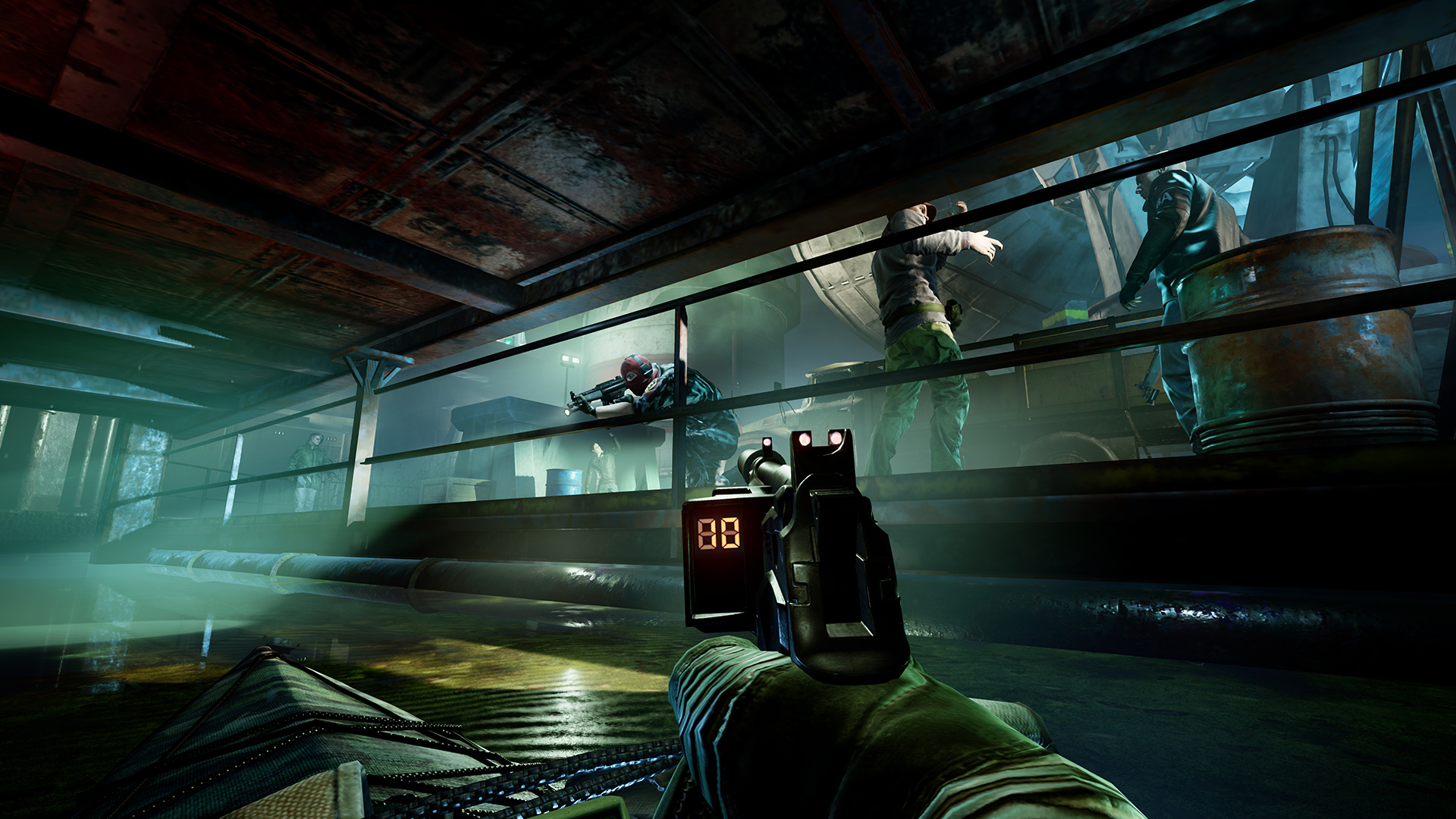 "VR has had several peaks and troughs throughout the years, and lots of studios fell by the wayside,” says James. “nDreams survived, and there’s really no team out there with our level of VR game experience. Our overall track record is in action shooters, but we certainly aren’t boxed in by that. Ghostbusters is not a traditional FPS shooting experience, it's vastly different. You won't have played anything like it in VR. Beyond that, our unannounced next-gen PlayStation VR2 game looks incredible, and it also aims to introduce a host of new play features; you can do things in that game that I've never done in VR before, either. "

nDreams Studio’s unique Flex+ policy has team members dividing their working hours between remote work and our state-of-the-art Farnborough HQ, which has been recently refurbished to optimise for collaborative work and play.

The studio’s philosophy is that people should enjoy making games as part of a balanced life, whichever working arrangement suits them and their role best. 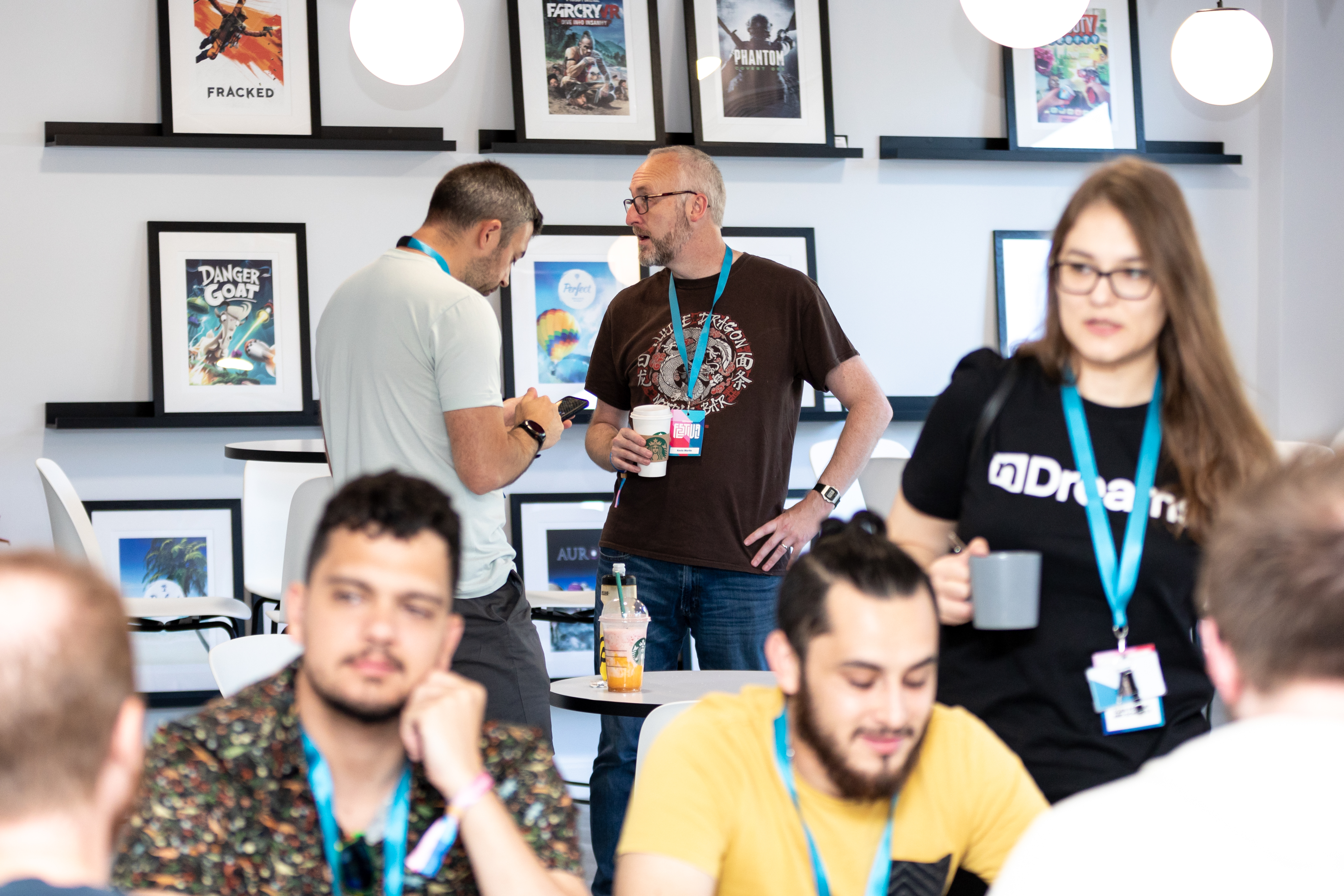 “Having a fantastic studio space to come together in is all about enhancing those great, creative moments. You can generate creative heat around an idea and make something you could never have made on your own,” enthuses James.

"Different people want different things and like working in different ways, and our only desire is for our team members to produce high-quality work and not just enjoy it, but get a sense of deep reward from it. As long as those two things are happening, we don’t have a lot of hard and fast rules about office or remote work.”

One such example would be Alina Fedaseyenka, an Associate Art Director at nDreams Studio with credits on Phantom: Covert Ops, Fracked, and an unannounced title currently in development. She describes nDreams Studio as a “place where mental health and a balanced lifestyle take priority,” and for her, the flexible approach to the working environment is a big part of this. 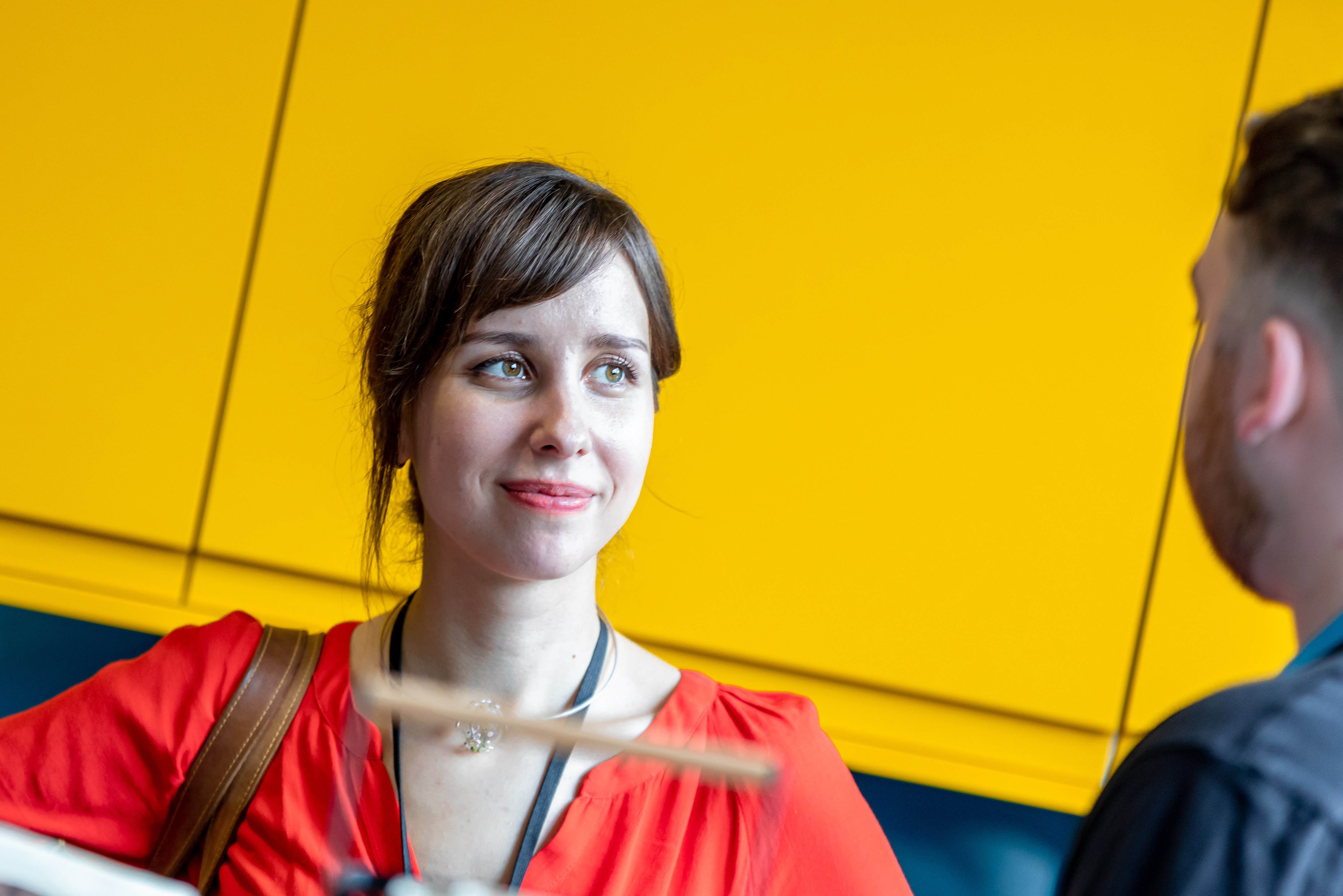 “Hybrid working let me improve both my mental and physical health, as the time saved from an almost four-hour daily commute made it much easier to take care of my diet and to (finally) do some exercise,” Alina explains. “But obviously, the best perk is not waking up at 6AM! I feel like my life is much more balanced now.

It makes my office visits very exciting as I get to catch up with my team, and the new studio is amazing. It’s very light and airy now, and much more in line with who we are. Whoever enters the office will instantly get the feeling of who we are and what we’re trying to achieve – a friendly, cheerful, and embracing space for creating amazing VR games!” 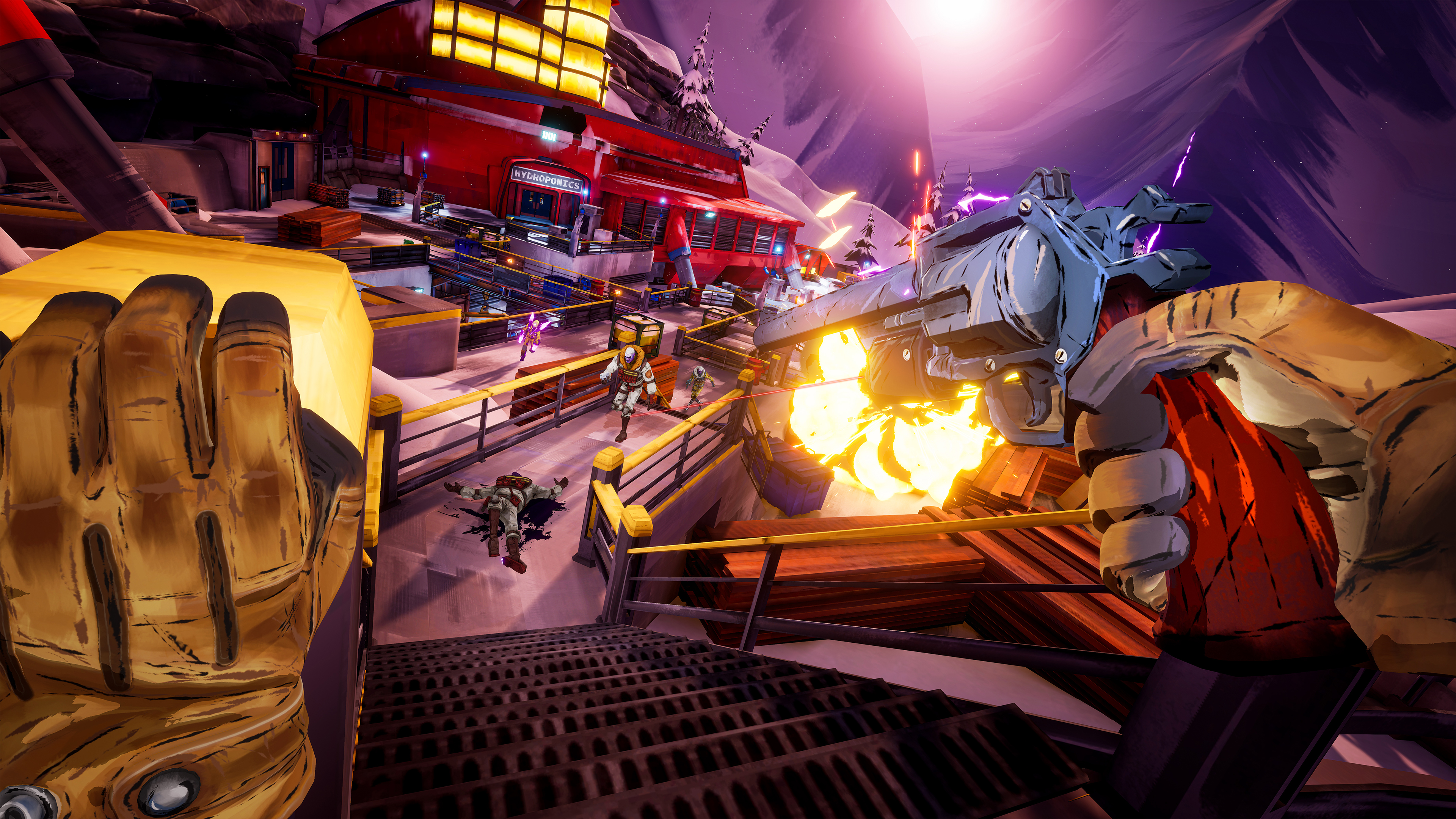 The importance of balance also applies to other areas in nDreams, including the make-up of its teams. We believe it is important to mix our more experienced professionals with talents who are new to the industry, providing a complete learning and development pathway for these junior team members via the nDreams Academy, with a view to them enjoying long careers in the industry.

“It has been amazing joining nDreams Studio,” says Qasam Iqbal, Graduate Level Designer at nDreams Studio and a recruit of the nDreams Academy. “I have learnt so much in my time here and everyone has been so willing to teach. All ideas are accepted and treated equally, regardless of whether they come from someone with 15 years’ experience or 15 days.”

And what better way to get your start in the industry than to contribute to a project as exciting as Ghostbusters VR? Qasam “can’t wait” to see the impact of his work, and for players to get their hands on levels that he has designed. 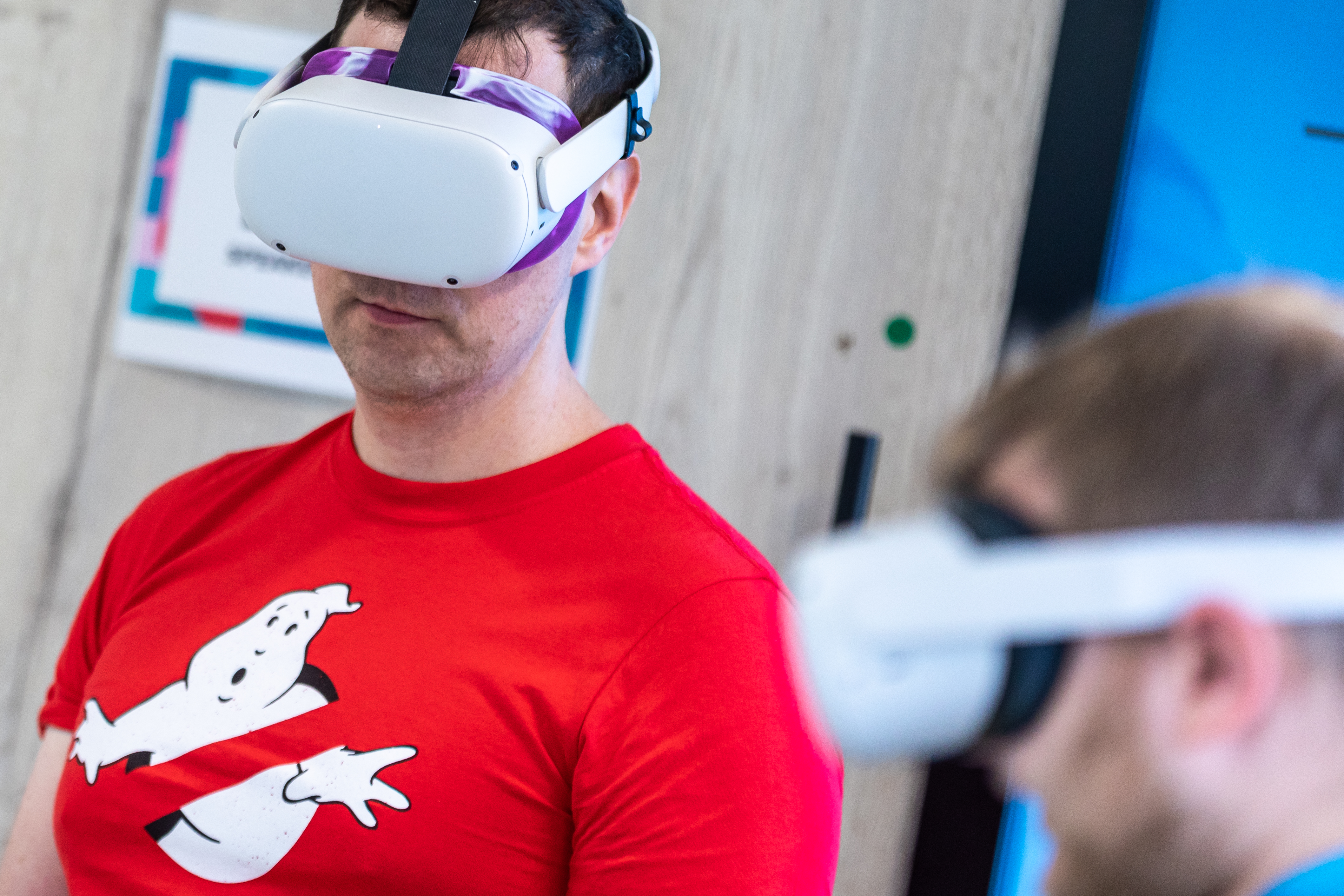 nDreams Studio has already been on a fantastic journey in VR, but there has never been a more exhilarating time to join this fast-growing team with huge aspirations.

"Our ambition is to build a place that fosters creativity, experimentation, and is always aiming for brilliance,” James Shepherd concludes. “And we are building an environment in which that happens more naturally because of the place we're in, the processes we have, and the people who are a part of the nDreams team.

"We're not finished with that journey yet, but that's what we are building towards."

To learn more about nDreams Studio, and find out about its latest roles, head on over to the studio page.