The Features of Little Cities

We spoke to Purple Yonder Co-Founder, Kelly Howard, about what you can expect from Little Cities after the recent release date reveal. If you haven’t yet caught up on the story behind Little Cities, be sure to check out our previous interview with Kelly, here

It’s amazing to be able to share lots more info about what you can expect from Little Cities when the game launches on April 21st for both the Quest and Quest 2. It won’t be long until you can get your own ‘virtual’ hands on the coziest city creation game! You can actually wishlist the game right now (if you'd be so kind).

Since we last got to share details about the game with you via our end-of-year AMAs and the UploadVR Winter Showcase, we’ve been working incredibly hard to deliver more islands, more buildings, and the core features that players have been asking for.

It's my pleasure today to be able to talk about the newest features Little Cities has to offer, as well as how we got here through iterative development and playtesting. But first, you can check out the latest trailer below which showcases some of the things we're going to be talking about.

LITTLE CITIES, BUT NOT AS YOU KNOW IT

The turning point during development was settling on the theme and feeling of escapism, whether that be on holiday or just away from the hardships of the day-to-day. We knew we could achieve this really well with what we had. Especially if you considered the beautifully composed music, the charming island setting, the intuitiveness of the gameplay, and the cozy art style. This pivot in our thinking and approach really helped to shape broader design decisions.

Earlier versions of Little Cities focused on a more realistic approach, akin to a lot of flatscreen city creation games, and as a result the artwork, and UI especially didn’t translate very well to VR. It was very grey, very flat, and was not user-friendly. Once we got to this stage, we knew that Little Cities needed to lean into the strengths of the platform. The Quest display panels specifically have a brilliant colour range which we decided we should definitely be exploiting more to make the new colour scheme really pop in VR. 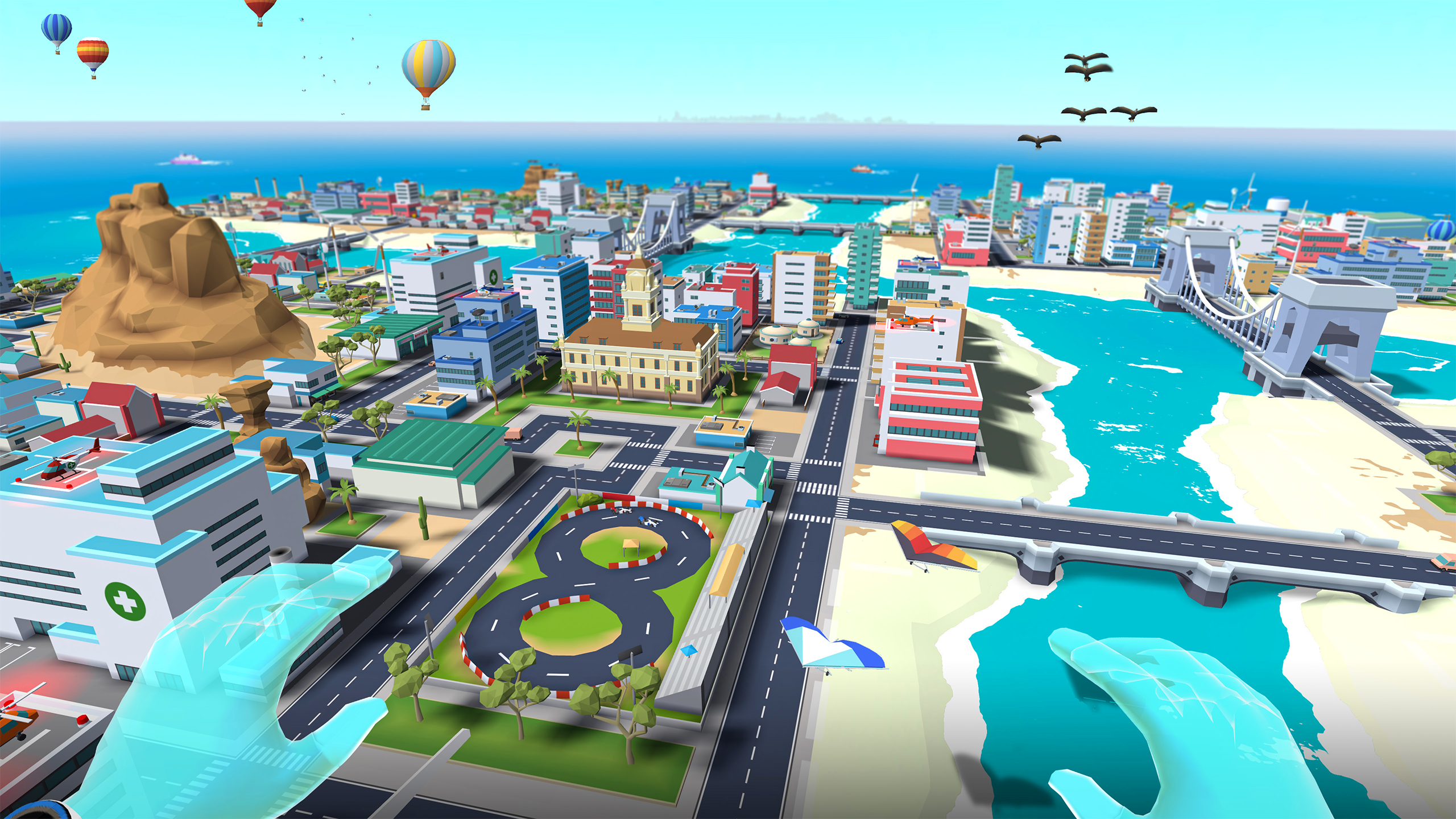 By reinventing how the systems and UI are displayed within the game, we made them more intuitive for a VR environment. This enabled us to escape the walls of text you might expect and make the game much more visually interesting. Little Cities still has the heart of a traditional city creator, but it has been adapted to be accessible to play in VR from the ground up. It has a cheerful, bright environment to immerse the player in, which we’re really proud of!

We wanted the islands that you get to play across to feel alive, especially as your population grows. One of the ideas we settled on were ‘little moments,’ small random events that can happen in and around the island as you play naturally. These don’t serve gameplay directly, but it really helps create the sense of immersion and makes the world beneath your feet feel more believable. You may notice police cars racing to respond to calls, hot air balloons taking flight, or whales breaching the water just off the coast. They’re nice little touches which we enjoyed implementing! 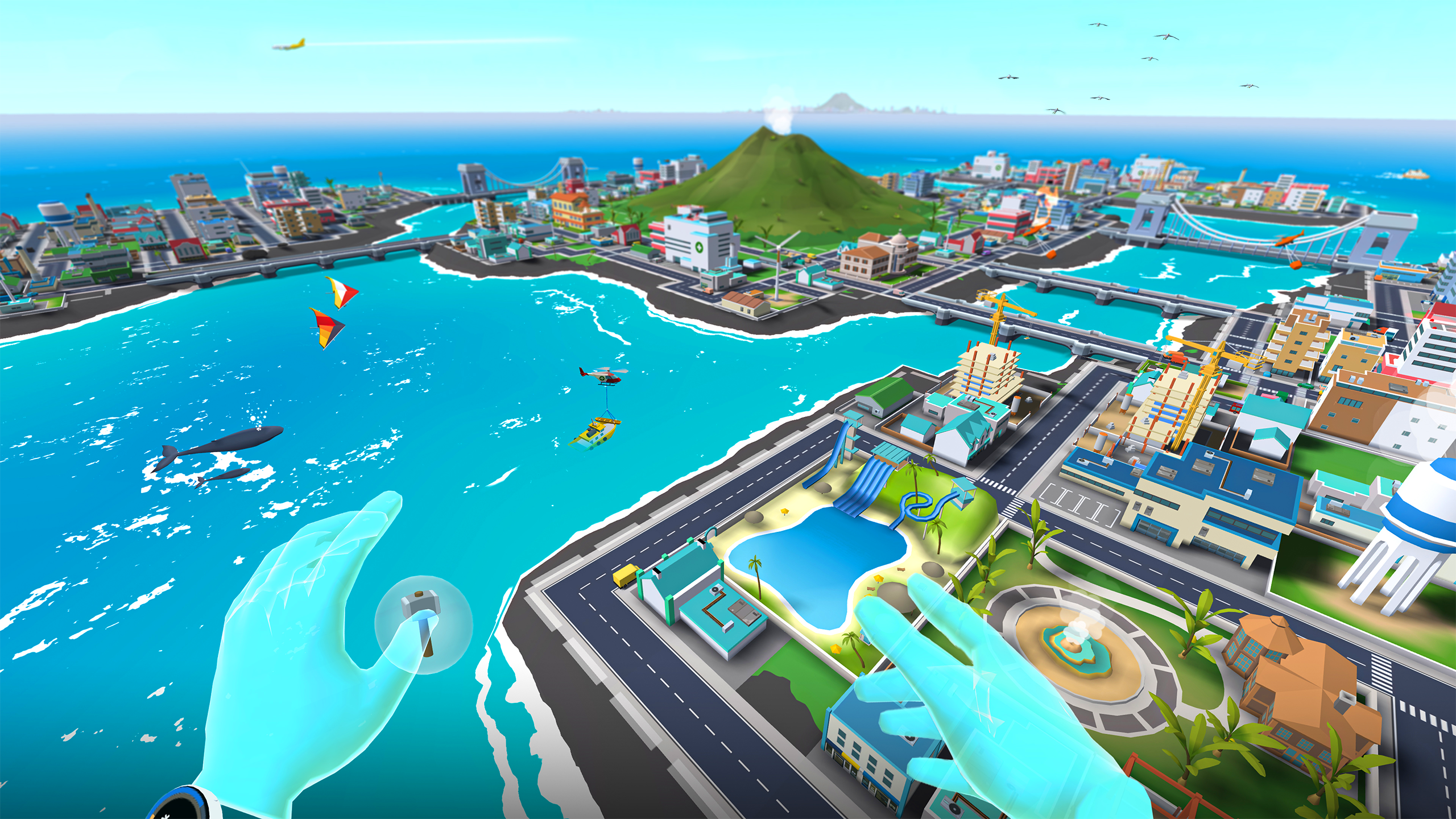 We’ve also included a lot of unique and special buildings which do directly impact gameplay. Depending on where they are placed in your city, they have a chance to boost the income or the happiness of residents in the immediate area. We’ve put a great deal of effort into creating these interesting and unique buildings, which vary between the different island themes we’ve built.

Little Cities features three distinct island themes for you to explore and we wanted them to feel reminiscent of places you might choose to actually visit. We decided to focus on the tropical, desert, and volcanic islands (as well as archipelago versions of each of these).

These island themes are very distinct from one another and offer a varied experience for players to explore. We know natural disasters specifically were one of the most requested features from our community, as they were discussed a few times throughout the AMAs we ran at the end of last year. We’re happy to announce that we’ve added them to Little Cities! 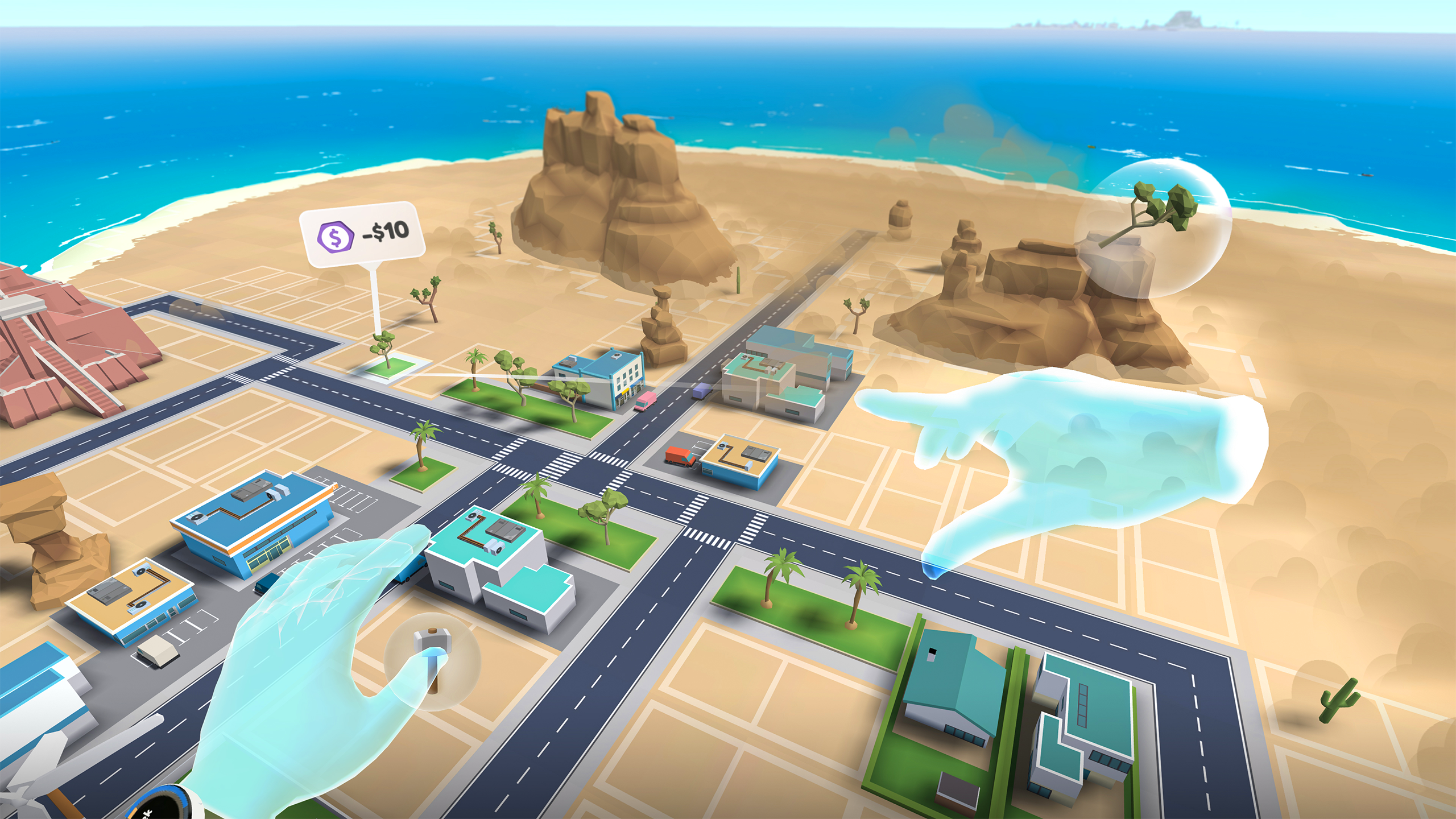 The volcano and desert islands include mechanics that make life in paradise just that bit trickier for your residents. Although Little Cities is first and foremost a game about creation and relaxation, we thought it was important to punctuate that with moments of excitement! Every fan of the city creation genre needs a good volcanic eruption to set their pulse racing now and again.

Molten rock aside, you’ll have to protect your residents from sandstorms in the desert-themed locations by ensuring those gritty winds don’t hit your buildings! Water is also a much rarer commodity, which means finding resources requires a little more forethought as you monopolise on utilities and special buildings which can improve water production.

The tropical island felt like a natural starting point for the tutorial, as it’s fairly relaxed and hospitable, but we definitely turn up the heat as you progress through the game, which is something we think you’re going to lava a lot…pardon the pun. 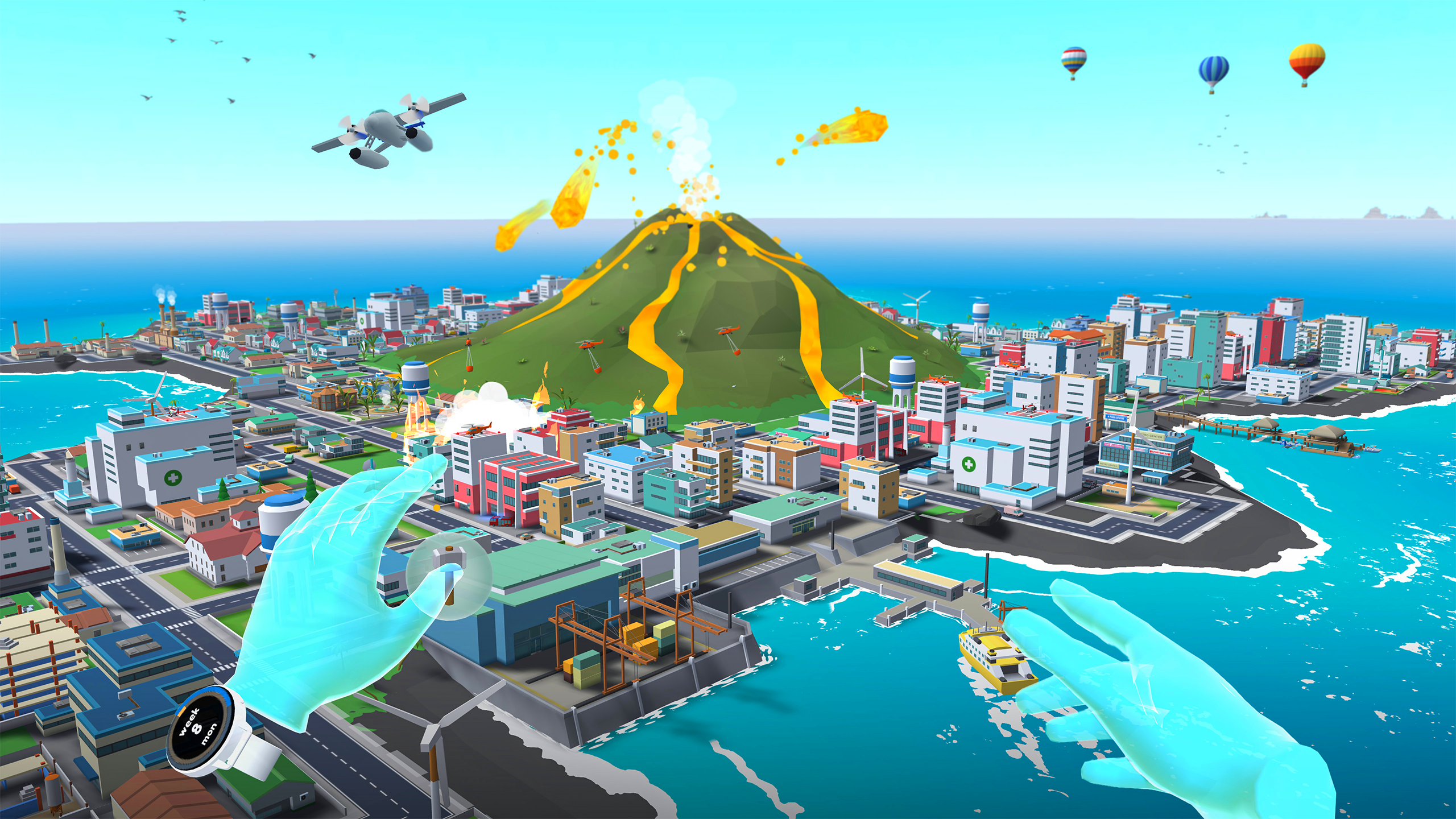 The archipelago versions of each of the tropical, desert, and volcanic island themes add yet another dimension to gameplay. Players will have to think more strategically about how to connect these smaller islands together, adding an extra layer of difficulty.

The reception Little Cities has received from our community, press, and influencers has been incredibly humbling. We’re a small team, working on a game and in a genre we really love, and we can’t wait to share our little world with you all.

We’ll be hosting more AMAs next week to answer all of your burning questions ahead of launch, we'll see you at 6pm BST / 10am PST on Discord on April 6th and on Reddit on April 7th! Please be sure to come along and tell us what you’re most looking forward to in Little Cities!

Little Cities launches on Quest and Quest 2 headsets on April 21st - You can wishlist the game now!

We speak to Kelly Howard about Little Cities and how the indie team at Purple Yonder are delivering a wholesome and intuitive city creator in VR.